The SIR PT spacious clinic located at 2201 Ridgewood Road, Suite 375 in Wyomissing is staffed with therapists with over 20 years of experience. The main gym of the clinic is approximately 3,000 square feet with a separate waiting room, two restrooms, one changing room with a shower, and two separate private rooms. The clinic specializes in sports medicine rehab, joint replacement rehab, as well as general physical therapy.

Therapists at Ridgewood Road are certified in instrument assisted soft tissue mobilization, Pilates treatment, concussion treatment, and an occupational therapist is on site with a private room. They also provide Biodex isokinetic testing and other functional testing for individuals to be cleared to start a jogging program and/or return to a sport. The Ridgewood Road location prides itself on providing top notch professional care in a fun, relaxed environment. 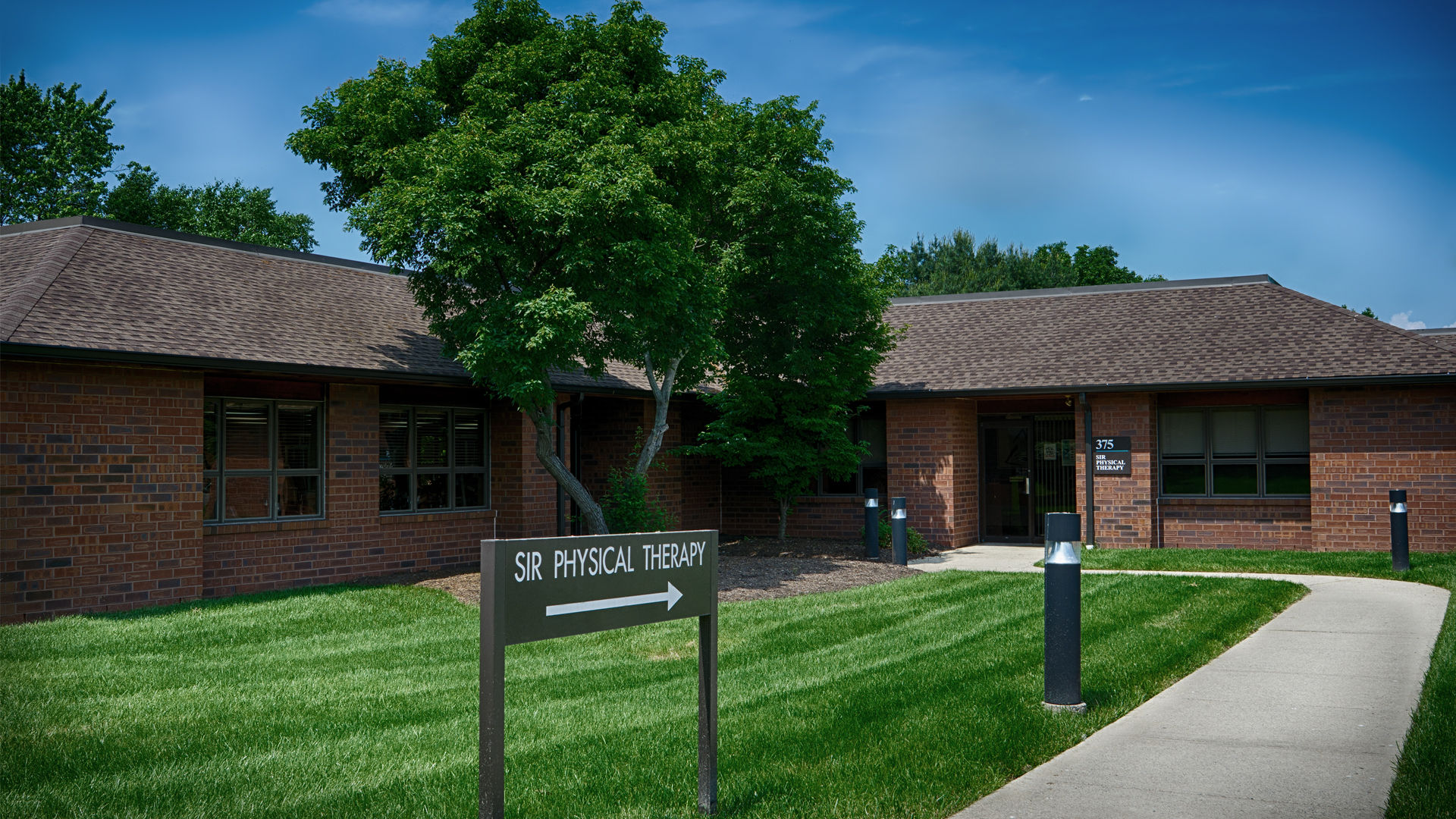 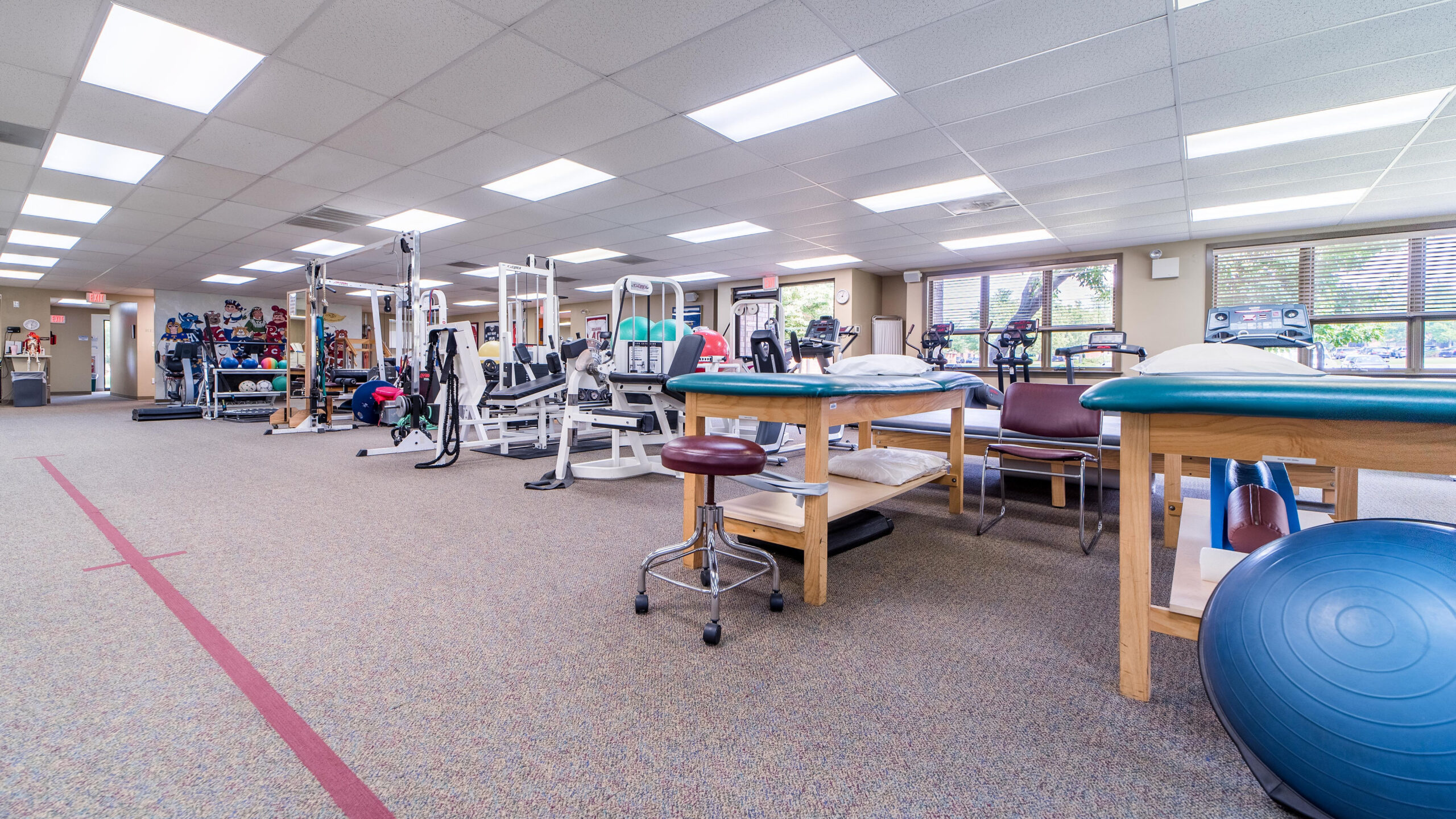 Greg Lenhart, DPT, DAPT- Ridgewood – Greg graduated from Misericordia University in 2008 with a Bachelor’s degree in Health Science and a Master of Science degree in Physical Therapy. He then returned to Misericordia to attain his Doctorate degree in Physical Therapy in 2012. Greg has worked at the Ridgewood Rd location of SIR Physical Therapy since June 2008 and has been the clinic director/lead physical therapist since November 2009. He enjoys getting to know each patient on a personal level to help them reach their goals. He specializes in performing manual therapy, functional testing, fitting and adjusting of knee braces, application of kinesiotape, and is a level 1 certified HawkGrips instrument assisted soft tissue mobilization practitioner.

Greg was raised in Fleetwood, PA and now resides in Ontelaunee Township with his wife and son. He was a three-sport athlete in high school, which is when he tore his ACL playing soccer in 2001. During this time after surgery, Greg first became interested in physical therapy and working with athletes. In his free time, Greg enjoys spending time with his family, traveling, exercising on his spin bike or cycling outside on trails, and playing golf whenever he can.

Shawn Stanislaw, DPT, OCS – Ridgewood – Shawn has always had a passion for athletics. From being a multi-sport athlete in high school to being a part of two Division III National Championship football teams and competing on both the national and international stage for powerlifting and Olympic lifting. In recent years, he’s completed the NYC Triathlon. After graduating from Lebanon Valley College with a Doctorate in Physical Therapy, he completed an Orthopedic Clinical Residency and achieved board certification as an Orthopedic Clinical Specialist (OCS). He has been with SIR Physical Therapy since 2020.

Currently, he lives in Shillington with his wife and two sons. In his free time, he enjoys cooking, shooting sporting clays, collecting whiskey, and being active however possible

Alyssa Feairheller, PT – Ridgewood – Alyssa obtained her Bachelor’s degree from Bloomsburg University in 2014, and has since completed her Doctoral Degree in Physical Therapy from University of the Sciences of Philadelphia in 2018. She has been a SIR PT employee since 2018, and enjoys treating total joint replacements, and youth sport-related injuries in the orthopedic setting. Alyssa also enjoys teaching horseback riding lessons in her spare time, and is certified in equine massage. She brings a young and fresh outlook to the orthopedic clinic, and offers a variety of techniques including kinesiotaping, cupping, and instrument assisted soft tissue mobilizations.

Caleb Moser, PTA – Ridgewood – A graduate of the Physical Therapist Assistant program at Lehigh Carbon Community College, I have been employed with S.I.R. since August of 2018. My focus has always been helping patient’s recover from various orthopedic surgical procedures and sport related injuries, in order to resume a more active lifestyle, by providing manual therapy techniques alongside functional exercises to achieve patient goals. I love being outdoors and my main hobbies include fishing or hiking with my dog.

Kathy Sagner, PTA – Ridgewood – I have worked as a licensed physical therapist assistant for 36 + years. I graduated from Harcum Jr. College in 1985. I have worked in an outpatient setting for most of my entire career, and have specialized in spine care for 10 of those years.

Roxanne Nester, PTA – Ridgewood – Roxanne Nester PTA, is a manually based Orthopedic Physical Therapist Assistant who has over 25 years experience in various therapy settings; including outpatient orthopedics, wound care, sub- acute care, worker’s compensation, as well as skilled nursing. She is a 1996 graduate from Alvernia College where she earned her PTA degree as well as studied athletic training. Roxanne has a sports background as well as obtained a Pilates Level II certification specifically for rehabilitation services. She is trained in isokinetic testing for return to sports play, and offers kinesio taping and the most up to date instrument assisted soft tissue mobilization techniques.

Colleen Schwartz, OTR/L – Ridgewood – Colleen is a graduate of Utica College of Syracuse University. She has over 30 years of work experience in outpatient, home care, pediatric and geriatric rehabilitation. In addition to general ortho, neuro & acute injury, Colleen’s principle expertise is in hand therapy and splinting. Patient caseload primarily consists of tendon, joint, soft tissue and nerve injuries of the upper extremity.

WE ARE AWARE THAT THE PENNSYLVANIA DEPARTMENT OF HEALTH HAS POSTED A LIST OF AVAILABLE VACCINE SITES WITHIN THE COMMONWEALTH. THIS LIST HAS INCLUDED THE SURGICAL INSTITUTE OF READING. AT THIS TIME, WE DO NOT HAVE ANY DOSES OF THE COVID VACCINE AVAILABLE. PLEASE REFER TO THE DEPARTMENT OF HEALTH WEBSITE FOR ADDITIONAL LOCATIONS, FACTS, AND INFORMATION ABOUT THE VACCINE AND CURRENT VACCINE DISTRIBUTION EFFORTS. THANK YOU